I know, the title of this post in itself may seem silly because really these two festivals are not too much alike, but they are the only two that I’ve been to—minus Warped Tour 2008—so, I’m going to compare them and tell you which one I liked better…way better!

For the past few years now, our friends have been trying to convince us to join them on their Coachella ventures and we always declined, convinced it wasn’t our scene. I, personally, am not a fan of huge crowds, being on my feet for lengthy periods of time, nor acting pretentious. Come February 2018, we changed our minds and decided, Heck, why not experience it at least once since everyone seems to RAVE about it. (I’m also not a rave enthusiast.) And then, for the next two months leading up to the event, it seemed that those participating couldn’t stop talking about their excitement for it. Mainly, the best methods for keeping hydrated. That’s always a comforting sign.

On the other hand, I can’t even recall when we decided we were going to BottleRock and leading up to the event, I kept forgetting and then remembering that we were going. And actually, I think this year was the first year I’ve even heard about this festival.

Many would and should consider this the category of utmost importance…I mean, HELLO, we’re talking about music festivals here!

When I think back to my Coachella experience, the music may be one of the last aspects that I recollect upon. There was only one performance that I got really into (DREAMS, video snippet below) and I didn’t really get adamant about seeing anyone perform while I was there. Hold up, backtrack…I was pretty excited about seeing Alt-J because I absolutely love their music and sound, but even that performance felt mediocre and less about the music than the big screen effects. And yeah, I know what your thinking…Beyonce was there…I’m supposed to be drooling and tripping over myself to get a spot near this Diva Queen’s stage….sorry, but I just didn’t.

At BottleRock….THE MUSIC WAS THE BEST PART as it should be for a music festival, yeah? We only had tickets for Friday admission and we arrived a bit on the later side of the day around 5pm, but it was just in time to catch EARTH, WIND, & FIRE. I’m sorry, but if hearing those three musically ingenious elements doesn’t make you immediately get up and dance, or at least start grooving from the comfort of your seat, then there is something seriously wrong with your soul….or, you don’t have one.

After seeing these legends, we also caught Incubus’ entire set and I got a chance to see Phantogram perform a few songs as well…Almost certain I unexpectedly got a girl crush on Sarah Barthel as soon as I saw her on stage. Lastly, we stayed for the main attraction….MUSE. So. Fucking. Good. Will never forget it.

Coachella is BIG. Too big if you ask me. Like I mentioned before, I’m not a large crowd fan. It’s no wonder that my best friend lost his girlfriend on one of the nights after she also lost her cell phone earlier in the same evening. Coachella is so big that you have to walk over a mile from the Festival entrance before you’re actually in the festival. They have these pedal taxis that will take you only one-third of the way for $10/person. Sounds reasonable, but it really racks up if you’re lazy, or have a foot problem, or a combo of the two such like myself (also, if you’re covering your fiancé’s fare too.) Otherwise, I have no complaints about the Coachella layout.

BottleRock was the perfect size festival for me. Had plenty of people and was large enough for me to feel like I was part of something special, but not too overwhelming nor anxiety-enducing. The layout as far as entering the festival was simple and quick, unlike at Coachella. Sure there was no Ferris wheel and no questionable art structures…but, I don’t take enough selfies to need these as backdrops. Just kidding, here I am looking all trendy in front of the Coachella ferris wheel.

I’m going to start this category by telling you about my first pee break at BottleRock…because it was obnoxious.

So, there was this sectioned off collection of Porta-Potties labeled “RESTROOMS” closed off from the rest of the festival with blue tarp walls. The bathrooms were unisex and there was absent any sort of signage or differentiation between the opening in the tarp that was meant to be an entrance and the opening in the tarp was meant to be an exit…so, then you’ve got all these adult humans just sardining themselves ever so assertively in both directions causing a complete clusterfuck. I was just hoping no one would pee on me in the process. Once I finally got to a Porta-Potty, it was covered in shit…on to the next one.

The subsequent times I had to pee at BottleRock, I used a different section of restrooms and there was no issue. Kind of weird.

As far as the Coachella bathroom situation goes, there are two things that surprised me: 1) How they are able to have so many Porta-Potties baking in the desert heat for three days without the entire grounds smelling like septic tank; and 2) How with the massive number of people present, I never really had to wait in line to use the bathroom. Another thing I enjoyed about the Coachella bathrooms was that there was a Men’s section and Women’s section and if a dude came too close to the Women’s area, a staff member would question just where he thought he were going.

I only ate food at Coachella, so this category is probably not too fairly reviewed, but hey it’s my blog and I’ll do what I want.

My friend surprised me with a lobster roll she got for me from Wicked Maine Lobster based out of San Diego and it was freaking delicious. What else did I eat?…Pizza, Tacos, Hot Dog, Fresh-Squeezed Lemonade. No complaints. The exorbitant prices had been expected.

Like I said, I didn’t eat any food while I was at BottleRock, minus the cucumber slice that was in one of my cocktails. However, the selection of food from vendors appeared to be pretty promising and the menu items sounded tasty, but when I observed people walking around with their food, the actual dishes looked pretty ordinary and blah. At BottleRock, my consumption efforts were geared towards alcohol.

Now, you can get basically the same types of drinks at either festival and the price points are about the same, however, at Coachella…depending on which stage you were at and whether you wanted to walk across the festival, the drink options were rather limited to the general vicinity you happened to be in at the time. For me, this meant often having to drink Heinekens from the Beer Garden next to the main stage. Not my first choice of drink….nor my second, my third, or my 20th. The craft beer tent that they had was cool though, if that area happened to be where you were hangin’.

BottleRock, in case you didn’t already know, takes place in Napa Valley…WINE! This sheer fact gives BottleRock it’s edge in this particular category….even though I didn’t drink any of it while I was there (I was, instead, on a vodka binge).

Second to the music category, this section is no contest in my mind. Coachella is an ideal place to go if you’re feeling sex-crazed. Also a promising place to see lots of skin and interesting pieces of cloth that have somehow passed by as garments. It seems customary to go out and buy “Coachella clothes” in preparation for the event. I’m having flashbacks from high school where the principal preached the forbidden three B’s of the dress code: Boobs, Butts, and Bellies. Coachella was the opposite circumstance. I was feeling like a prude for not having all three of these items on my body simultaneously displayed. —Joke! No one else’s body or sexuality will ever make me feel self-conscious about mine.

In addition, regarding the vibes at Coachella…Let me tell you, I cannot imagine another situation in life where I would purposely enter an EDM tent as an ideal place to take a nap…right next to a giant subwoofer. It was the most relaxing time I had at the festival all weekend.

But, look at how cool we all looked at Coachella:

On the other hand, look how bundled up we are at BottleRock: 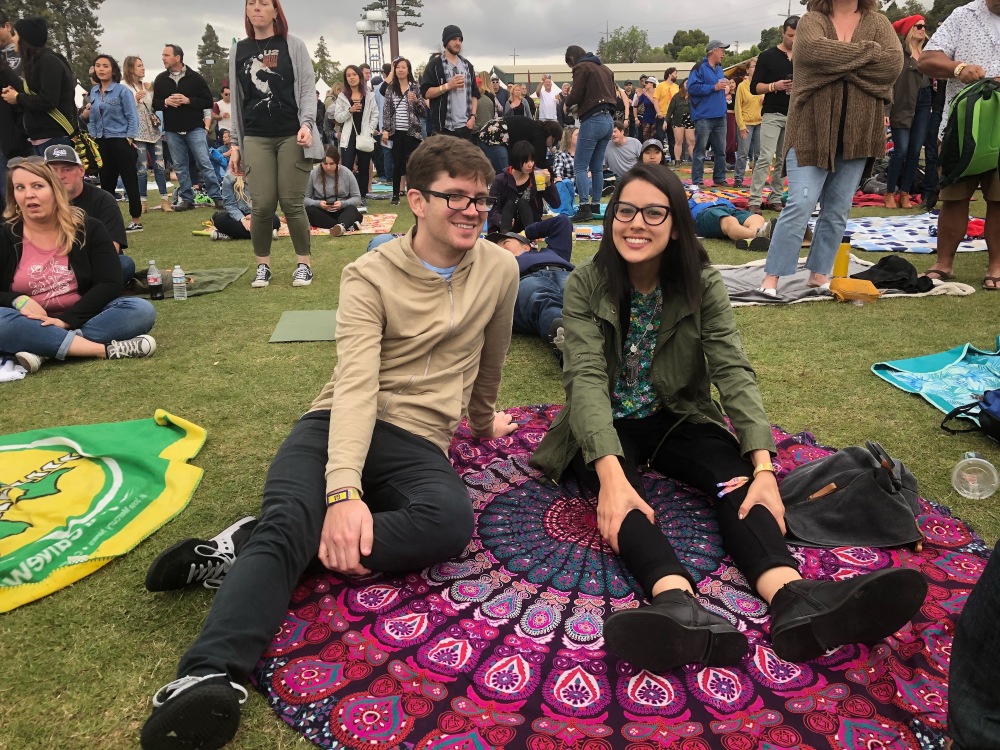 In the end, I way preferred the chill vibes that BottleRock had to offer….so much more my jam.

Coachella is HOT. I great excuse to show that skin. A key ingredient for dehydration. BRING A FACE KERCHIEF AND WEAR IT! By day 3, the amount of dust that had been kicked up and around was nearly unbearable. My sinus and throat became their own little desert town. Dirt boogers for days.

While we were at BottleRock, my guess is that it was about 70 degrees and overcast, which turned into a sprinkling mist, but I was perfectly comfy in my pants, sweater, and jacket. Only bummer, was the ground was damp, which made my sitting breaks a little less comfy.

CLIMATE Verdict:
This one is also tie. I need something somewhere in the middle of these.

So this one is a bit less about the actual festival and more of a contest between Coachella Valley and the Napa Valley.

Coachella Valley: The music festival–and the desert heat–is basically all this area has to offer.

Napa Valley: Lots of opportunities to hit up the vineyards and wineries if you plan your BottleRock trip accordingly. Additionally, San Francisco is only 70 miles away, so if you plan your trip they way did, you get a chance to spend a couple days in that wondrous city. We actually spent the majority of our long Memorial Day Weekend in SF and had a blast. Here are some photos of the fun we had. Also, I got a random ear piercing, so there’s that. 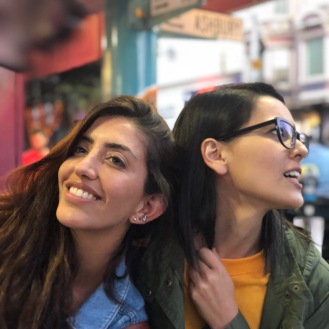 I know it probably sounds like I’m totally hating all over Coachella above in comparison to BottleRock, but truly I have no regrets about attending Coachella Festival and had quite a fun time. Would I go back? Probably not.

Ask me if I’m going back to BottleRock Festival though, and the answer is yes and for all three days please!

So, there we have it. I’m not even sure which festival got most points above, but surely some of these categories outweigh others so, in the end (and in my opinion)… 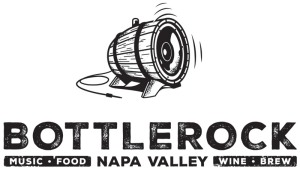 One thought on “BottleRock vs. Coachella”

View all posts by thepointlesspen

The Art Of Getting Lost And Found

Music, Film, TV and Pop Culture News for the Mainstream and Underground

A daily selection of the best content published on WordPress, collected for you by humans who love to read.

Just Another Blog From a Woman

The best longform stories on the web

The Art and Craft of Blogging

The latest news on WordPress.com and the WordPress community.